Zara chose Sorrento for the promotion of his collection

After Roberto Cavalli that Sorrento has found the ” Paradise ” , also Zara chose her as the backdrop of his collection 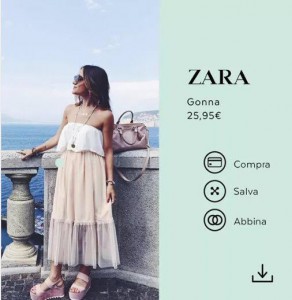 The beautiful coast of Sorrento and the Amalfi Coast already have countless admirers and are also growing fashion houses who choose this location for their advertising campaigns .

From Ferrari to Fiat as to the automotive world , Roberto Cavalli that Sorrento has dedicated fragrance ” Paradise ” Dolce & Gabbana that instead , has dedicated an entire collection to the Bells wonder, Sorrento and the Amalfi Coast including , presented last July in Naples.

In the footsteps of these famous names , including Zara for the promotion of the summer collation she chose Sorrento scene. A magnificent shot from the lookout of Piazza Vittorio Veneto was sponsored in recent days on the occasion of the last seasonal sales from the well-known brand of fashion accessible than now , he has conquered the world .

The fashion director Louis Vuitton, Daniel Piette , has described Zara as “the most innovative and devastating brand in the world”, just for being at the forefront in the world of fashion with refined and current proposals , such as to strike the attention of the ” Lords of fashion “.

For the city of Sorrento this choice represents a further confirmation of what his reputation is doing around the world , doing look back with satisfaction at the work that has been done in promoting the city of Tasso and to the future with determination and courage to steady growth and local innovation and its services .