Tourism. After the Star Legend in Sorrento reckoning 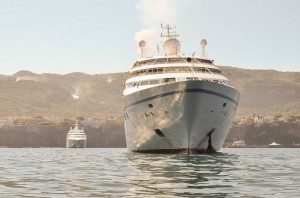 The demise of the Star Legend, the luxury liner of the US company Windstar, arrived in the port of Sorrento on 4 November, the cruise ends happily Sorrento season.

The Maritime Law Department of Sorrento has been a gradual increase in the presence in the sea of the Sorrento coast, from May onwards, with as many as 106 cruise ships arrived in Marina Piccola, about 25% more than in 2015, as well as about 40 % more ships than the tour operators’ reservations to the Coast Guard.

The data is not official yet, but we are talking of at least 57 thousand tourists cruise passengers arrived in Sorrento in 2016, almost 10 thousand more than last year.

An unexpected success that bodes well for the future in the cruise industry off the coast of the Gulf of Sorrento.