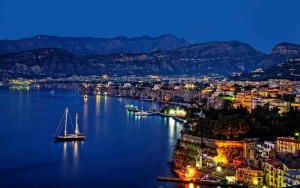 Sorrento is among the 25 cities selected by the website and booking Hotel Info Italian coast to participate in the contest Top Italian Coast 2016. All designated cities boast a picturesque location overlooking the sea, as well as major cultural and tourist attractions and a good selection of accommodation in the center historical or in the immediate vicinity, identified by their well-known portal Hotel info, promoter of the contest.

The vote, which was inaugurated on April 13, will continue until May 4 on the official page of the contest Top Italian Coast 2016.

Counting and the analysis of the vote will be held on May 5, immediately after the close of voting. The city with the highest number of preferences expressed win recognition for the contest Top Italian Coast 2016 by Hotel Info. Not only that, among the voters will select 5 lucky, who will win a Hotel info’s voucher from the value of 100 euro.

Sorrento right now boasts just 40 votes, no more worthy of its reputation, but has not yet said its last word. To vote just connect to the following address https://www.hotel.info/it/citymoments/top-coste-italiane/, check the box “I am not a robot” in every city to vote and continue to support the city favorite.