The Rolex Capri Sailing Week is a event dedicated to the great sailing it’s organized by four of the most important Italian Clubs, held in Naples and Capri 5 to 13 May next 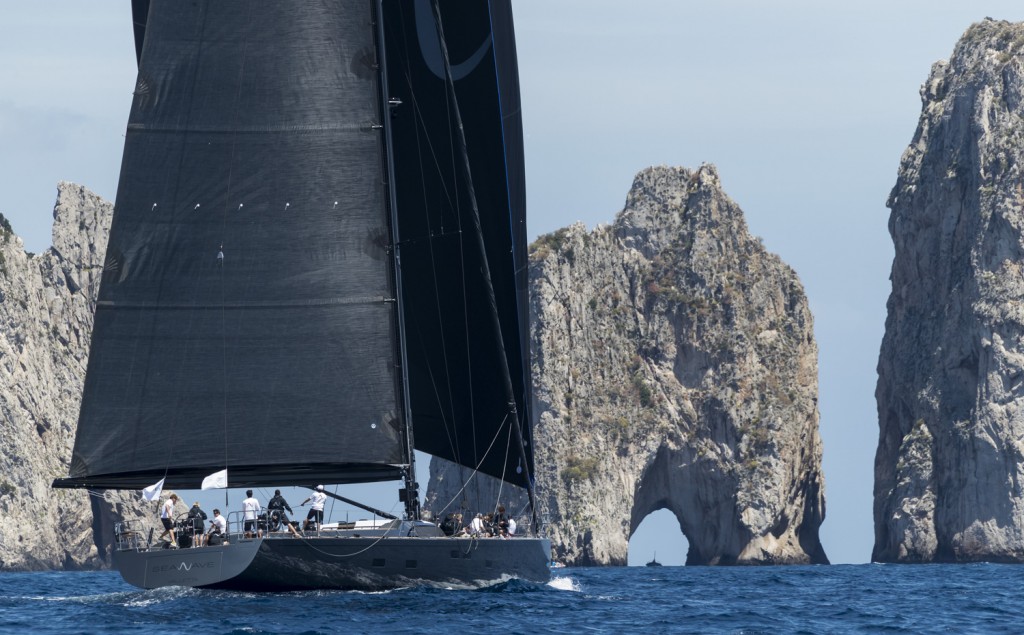 The Italian Yacht Club, the Remo and Sailing Italy, the Aniene Rowing Club and the Yacht Club Capri – with Rolex partnership – will be the directors of the Rolex Capri Sailing Week. This important event will take place May 5 to 13, in one of the most beautiful places in the world and on a race course known internationally for the difficulties that proposes.

Shipyards, Classes and owners will be able to compete in high-level technical regattas taking part in a demonstration to become a catalyst able to attract in this fascinating corner of Italy the great protagonists of sailing around the world.

The program The Rolex Capri Sailing Week will begin May 5, 2017 with the 63 th edition of the Regatta of the Three Gulfs which will start at midnight from the docks of Remo and Sailing Italy in Naples. The race will wind along a route of about 150 miles across the Gulf of Naples, Gaeta and Salerno turning the islands of Ponza and Li Galli to get to the Isle of Capri, where contestants will be hosted awaiting the start of the other two scheduled events – the National Championship of the Tyrrhenian Sea and the Farr 40 Class Regatta – which will take place in the waters Riviera May 10 to 13.

The award ceremony of the Rolex Capri Sailing Week will take place Saturday, May 13 in Capri.

The permitted Classes The 63rd Regatta of the Three Gulfs is open to the ORC boats (International or Club) and IRC with a length of more than 9 meters divided into groups:

Boats are allowed with only two crew members ( “Three Gulf for Two”) and vessels of the category “Grand Cruise” (as FIV prescriptions for Vela d’Altura, art. 11), which must have maintained their original configuration and comply with current legislation.

The Tirreno National Championship is open to all boats with valid ORC tonnage certificate (International or Club) and IRC, with a length of more than 9.14 meters, divided into the following groups:

At the end of the Championship it will be also awarded the Mylius Yacht Trophy. The Farr 40 Class Regatta is open to all boats of the Farr 40 Class as defined by class rules.