Li Galli, myth and history of the private paradise on the Amalfi Coast 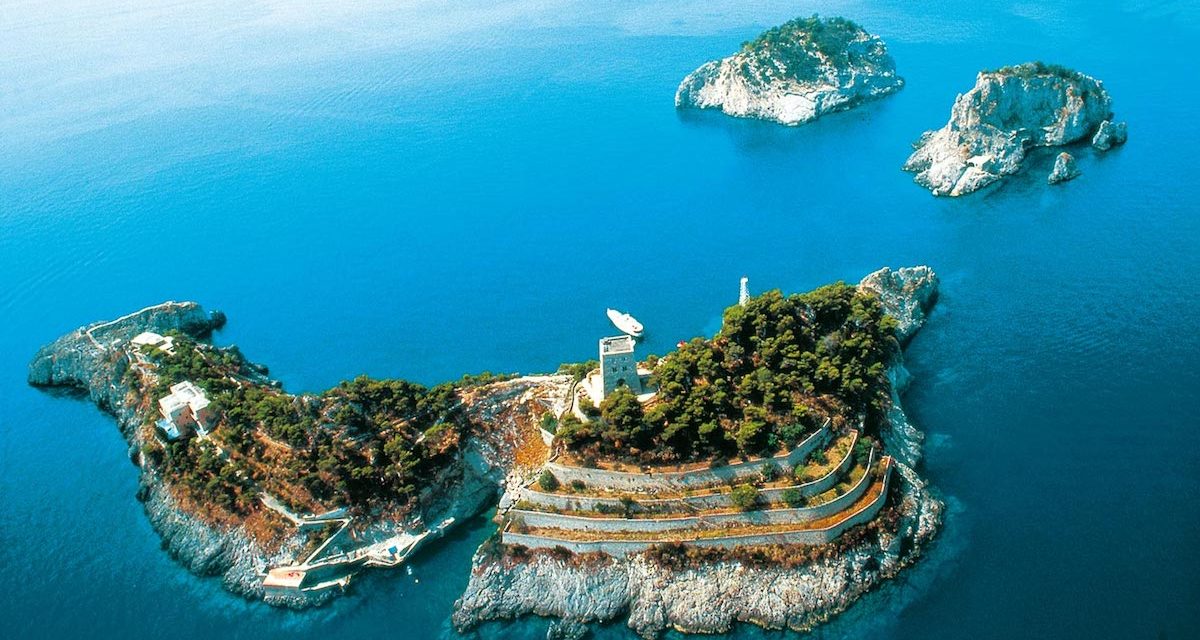 Between Capri and Positano there is a little archipelago known as “Li Galli” and formed by three little isles: Gallo Lungo, La Rotonda, La Castelluccia (also known as the Isle of Bandits). The origins of these three jewels in the south of our peninsula and which are part of the protected marine area of Punta Campanella, is strictly linked with the mermaids myth, indeed this group of isles is also known as “Le Sireneuse” (“The Mermaids”), enriching so the fascinating mystery around the area, which enchanted celebrities such as Greta Garbo, Sofia Loren and even Jacqueline Kennedy.

The Li Galli name comes from the figure of the mermaids in Ancient Greece represented half human half birds instead of half human half fish. Following the myth, Parthenope, Leucosia and Ligia, the three mermaids of the Odyssey, lived on the little isles and seduced the mariners with their voices to the point of making them loose control of the ships, which unavoidably crashed on the rocks of the little isles. Only two ships were able to avoid this terrible fate: Ulysses’ and Argonauts’ ones.

Several prestigious personalities have lived and stayed on this fascinating private paradise, not only the mermaids.

At the beginning of 1920s, Leonide Massine, a famous Russian choreographer and dancer, found the Gallo Lungo isle (the one with the dolphin shape), covered with roman ruins and completely uninhabited. So he decided to buy it and he transformed the ancient roman watchtower in a study with an open air theatre. So charming!

When Massine died, Li Galli was bought by another Russian dancer, even more famous: Rudolf Nureyev, who was absolutely stunned by the charming power of the isle. He was so inspired by the landscapes around him that he decided to found his own ballet academy on the isle. Unfortunately he died because of HIV before he could realize his dream, leaving the isle uninhabited again!

However, Nureyev left his mark of his presence on the isle giving the predecessor Giovanni Russo (a well-known entrepreneurs of Sorrento Coast) an incredible majolica collection from Seville, his loved Persians Kilim and several handmade lamps with a unique design.

Being a private isle, Li Galli can be visited by invitation only, but it is possible to admire the breathtaking landscape of the isle and to swim in the crystal-clear waters thanks to boat tours.

Moreover, the luckiest ones ($$) would be able to rent the entire isle for the “modest” price of € 130,000 per week and € 100,000 off-season. Actually, several are the famous people who decided to benefit from this offer, such as Franco Zeffirelli, Steven Spielberg, Anna Magnani, Ingrid Bergman, Sofia Loren, Jacqueline Kennedy and Aristotele Onassis, just to mention a few.

There are three mansions at their disposal, one of them signed by Le Corbusier; the watchguard with 13 rooms, an heliport, three swimming pools and two boats. This place surrounded by nature and mythology and declared as an “area of important archeological interest” by the Cultural Affairs in 1987, has been for sale since 2011 for € 195 million.