Ok the City of Minor Council unanimously recognition of Gusta Minori as municipal interest event and the conferral of honorary citizenship to prof . Giuseppe Liuccio 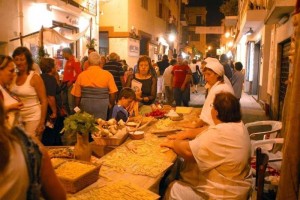 Also returning this year one of the most anticipated events of the summer program on the Amalfi Coast . The Gusta Minori , now in its twentieth edition , confirming them among the festival spettacolar – gastronomic most appreciated by the public , for the perfect combination of art, culture , quality entertainment and gastronomy , promotion of local specialties and production of shows with original music and lyrics .

In no other place like Minor tradition does it show and the show teatralizza history . On the occasion of the days of Gusta Minori , in fact , the whole town is abuzz and participate actively and passionately to the success of the event : it’s the whole country that is preparing to welcome the best and to welcome tourists , flanked the commitment and professionalism of tour operators and catering .

In view of this, during the session of August 8 U.S. , the City Council voted unanimously Minor recognition of Gusta Minori as municipal interest event ( resolution no . 41/2016 ) . On this occasion , moreover , the Assize town approved the conferral of honorary citizenship to prof . Giuseppe Liuccio , cultural consultant of Gusta Minori since 2002 ( Resolution no . 40/2016 ) .

Giuseppe Liuccio is considered one of the greatest exponents of the Cilento poetry , formerly a journalist of RAI-TV . Its countless literary works , many of which are dedicated to the Amalfi Coast are – as he calls them – a journey through memory , a page of the history of a soul for 50 years capturing and internalizes feelings and refracted into poetry images . He began working young with magazines such as ” The Next” and “The Morning . ” He was professor of greek and Latin in high schools , before landing in Rai and remain there for 27 years , work that has given visibility at national and international level (remember her Italian transmission called Europe).

Assigned to the history books his friendship with Salvatore Quasimodo, who died right in his arms , in addition to his literary admiration for the poet Alfonso Gatto Salerno and Giuseppe Ungaretti , which he considered his great masters . Its cultural insights contributed to the birth of the International Literature Prize Enogastronomica, who brought luster and great cultural importance to the coastal territory . Not to mention the other initiatives signed by him , such as the presence on the Amalfi Coast of so many Nobel prizes . It’s just that time the presence of the Nobel Prize in Minori Dereck Walcott , to attend the announcement ceremony of Minori City of Taste , during a city council public and solemn celebrated for the occasion in the Basilica of Santa Trofimena , who saw it as speaker along with the late Ezio Falcone.

He then goes , the tribute and gratitude not only of Minor , but of the entire Amalfi area. T

he ceremony will be held on August 26 at 19.30 in Piazza Cantilena , the presence of representatives of all the municipalities of the Amalfi Coast . Following the ribbon cutting of the twentieth edition of Gusta Minori .