Capri, the preferred destination for foreigners to get married 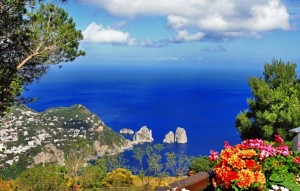 In general, Italy is asserting itself as an ideal destination of the marriage tourism, but recently the CastaDiva Resort & Spa Blevio promoted a research to identify among the many beautiful places of the beautiful country which was the first favorite for foreigners to get married.

Well, they go up on the podium Capri, Matera and Tropea. The island of Capri once again affirms its undeniable charm, described by the British Telegraph interviewed the “mystical island that attracted writers, artists and eccentrics everywhere.” Not least the locations that are positioned in second and third position. Matera, European Capital of Culture in 2019: “With its ancient Sassi is probably the oldest city of caves in the world”, according to the Daily Mail; While Tropea, according to the prestigious Guardian has been called “the jewel of Calabria, the most picturesque of its towns.”

Returning to the clear winner of this selection, this pearl of the Tyrrhenian Sea, with its caves by the shimmering colors, its picturesque views, its lush gardens and its intimate streets and cozy, the cradle also has a lively social life is, therefore, the ideal location to crown your dream of love for many foreigners, but who thinks so, are also many Italians.

Are many who ask to reach the island by boat, to live a unique and unforgettable experience that only places like Capri, precious gem between the Sorrento and Amalfi Coast, can give.