Autumn cleaning of the Sorrento beaches. It starts from the coast of Puolo

Two dummies among the waste collected during the autumn cleaning of the Sorrento beaches. Clear demonstration of the need to further raise awareness of the environment and the sea 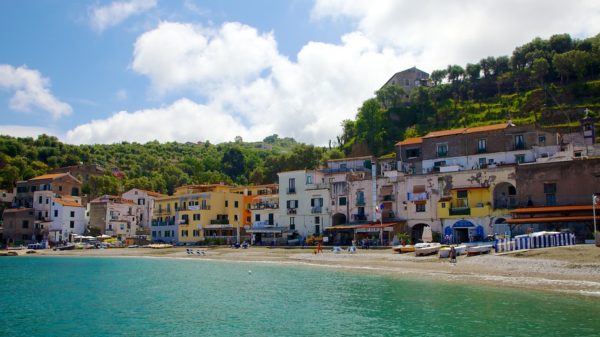 After the hot and crowded summer season, the autumn cleaning operations of the Sorrento beaches have started again. This time, the intervention that saw numerous volunteers working, the Municipality and the Marevivo Association involved the seaside village of Puolo, one of the most evocative places of the Sorrento coast. Pieces of glass, plastic objects, old tires, iron chairs and six different types of trash bags have been collected from the pedestrian downhill to the Sorrento side of Puolo’s beach. If you have not yet been astonished, the one that has literally left open-mouthed the operators involved was the discovery of two window dummies abandoned on the beach, along with a plastic table with attached chairs and various pieces of polystyrene scattered around the beach. Everything has been removed and entrusted to the operators of Penisolaverde for disposal.

The seaside village of Puolo

The Marina di Puolo belongs largely to the municipality of Massa Lubrense, only a small aerial, that in the Far East, is part of the Municipality of Sorrento. Seen from the sea, the bay of Puolo is located halfway between Marina Grande di Sorrento and Marina della Lobra in Massa Lubrense. The seaside village is characterized by some dozens of buildings belonging mostly to families of fishermen, has two chapels and some restaurants of typical cuisine.

During the summer, the bay of Puolo is always very busy. The wide beach during the day welcomes thousands of families, couples and groups of friends who prefer a sandy beach and the open sea; in the evening, instead, the restaurants on the quay allow you to dine on the beach, with the sea in the background while lighting up the moon and just the light of a candle in the center of the table. Not only that, it is not uncommon to be accompanied by the sound of a guitar in the distance that accompanies the singing of a group of guys gathered for a night bath.

Perhaps Puolo is one of the places where, at least on summer evenings, it is still possible to relax and it really annoys the idea that someone could have used it as a dustbin. Respecting the environment is equivalent to respecting oneself, therefore, as Gandhi said: “be the change you want to see in the world”. Not only do we have a duty not to get dirty, but we can also keep watch to ensure that others do not make this mistake.

A special applause to the volunteers for their efforts in this initiative.